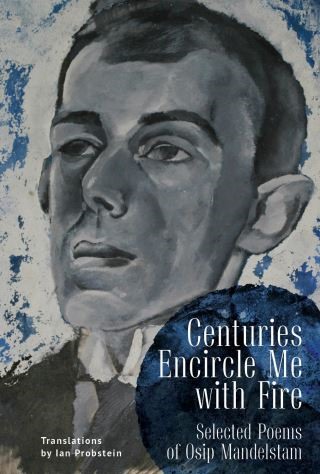 Centuries Encircle Me with Fire

Osip Mandelstam (1891-1938) is widely regarded as one of the twentieth century's most influential poets. This collection, compiled, translated, and edited by poet and scholar Ian Probstein, provides Anglophone audiences with a powerful selection of Mandelstam's most beloved and haunting poems. Both scholars and general readers will gain a deeper understanding of his poetics, as Probstein situates each poem in its historical and literary context. The English translations presented here are so deeply immersed in the Russian sources and language through the ear of a Russian-born Probstein who has spent most of his adult life in the US, that they provide reader's with a Mandelstam unseen any translations that precede it.

Osip Mandelstam: Osip Mandelstam (1891-1938) was a Russian and Soviet poet born in St Petersburg. He is widely regarded as one of the twentieth centuries most important poets. He was the husband of Nadezhda Mandelstam and one of the foremost members of the poetic school of Acmeism. He was arrested by Joseph Stalin's government during the repression of the 1930s and sent into internal exile with his wife. He died in 1938 of typhoid fever in a transit camp.