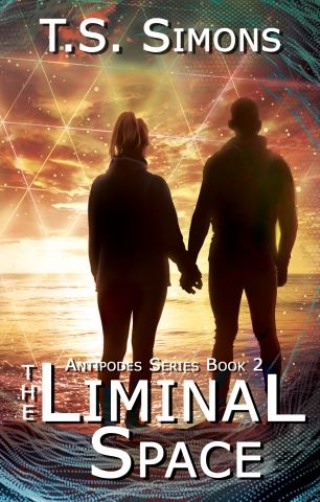 What would YOU sacrifice for family?
Cam is content with his new life on Lewis, happily married and working as an active member of the community.
As life settles into a kind of mundanity, Cam learns a shocking truth: someone he loves may still be alive.
Compelled to embark on a monumental journey, he discovers the true value of family and loyalty in a bleak and challenging world.
"The Liminal Space" is the second novel in the Antipodes series. This series asks, “If we had the opportunity to start over, would we? Or is our society destined to make the same mistakes?”

T. S. Simons: T.S. Simons is an Australian author of Scottish heritage. Living in the alpine region of Australia, she believes in the values of sustainability and community in a world where we place greater value on possessions than people. The Antipodes series addresses the question—if we gave young people the opportunity to start over, would we replicate the mistakes of the past? She holds Bachelor and Masters degrees from Monash University, and enjoys strong coffee, travelling, mythology and snow skiing, while attempting to live as sustainably as possible. She is owned by two rather bossy standard schnauzers and two rescue cats who co-manage her household. The Antipodes series includes Antipodes, The Liminal Space, Ouroboros, Caim and Sessrumnir. She is now working on a related series, The 45th Parallel.