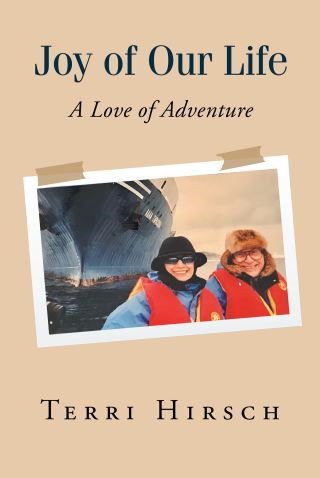 Joy of Our Life

A Love of Adventure

Our love of adventure took us through seven continents by land and by sea: Africa, Antarctica, Asia, Australia/Oceania, Europe, North America, and South America.

In zodiacs and on land, in Antarctica, we heard the clinking and grinding of glacier ice, witnessed our first elephant seals, and encountered humpback whales. Wildlife sightings were southern giant petrels and a colony of gentoo penguins.

Our first sighting in the Arctic were blue ice and glaciers plus passing seals, whales, and seabirds. Our Arctic journey continued to the Americas and the Canadian Arctic with a massive iceberg, humpback whales, sea lions, and polar bears drifting aboard ice floes.

Train travel was one of the joys of our life. Europe's Eurail gave us the opportunity to visit numerous countries. The legendary Rhaetian Railway's Bernina Express in Switzerland had the most beautiful Alpine crossing. On Canada's Rocky Mountaineer, we experienced the Canadian Rockies. The Denali Star from Fairbanks to Anchorage, Alaska, offered us views of the Alaska Range and Mount McKinley, the tallest mountain in North America.

There are forty-eight countries in Asia and three dependencies (Taiwan, Hong Kong, and Macao). Whether it was their culture, art, music, rivers, or charming villages, every country had something to offer.

We saw the world and enjoyed every moment.