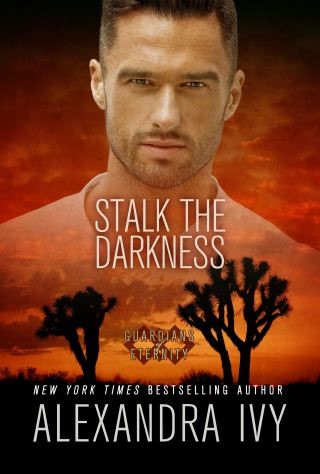 Becoming a vampire nearly killed Satin. After decades in hiding to reach fighting strength, she swore never to be weak again. Instead, she flings herself into the joys of life. Like “combat practice” with Marco, the owner of the wildest club outside of Chicago. Getting a workout with the sizzling Were is the ultimate no-strings-attached pleasure. Until a chaos-strewing demon leaves Satin with an impossible, infuriating diagnosis: Vampires don’t get pregnant.

Marco prides himself on being the perfect Were—strong, savage, and barely housetrained. But with Satin gone on her mysterious quest, he’s compelled to follow. This raven-haired warrior might be his mate for all eternity. But a dark presence hovers around her. If Marco and Satin can’t solve its riddle in time, there won’t be any future to worry about . . .

Alexandra Ivy:
Alexandra Ivy is the New York Times, USA Today and Wall Street Journal bestselling author of romantic suspense and paranormal romance. She has also written Regency historicals under the name Deborah Raleigh. A five-time RT Book Award Finalist, Ivy has received much acclaim for her Guardians of Eternity, ARES Security, Immortal Rogues, and Sentinels series. She lives with her family in Missouri and can be found online at www.AlexandraIvy.com.