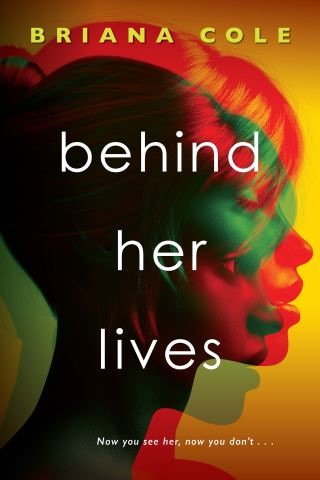 Secrets, suspense, and a missing sister—who may not want to be found—are at the center of Brianna Cole’s latest enthralling multicultural drama. Will appeal to fans of psychological suspense, gritty drama, and readers of De’Nesha Diamond, Kiki Swinson, Saundra, Wahida Clark, Ashley & JaQuavis, Victoria Christopher Murray, and Shelly Ellis.

“That’s not my sister.” Overwhelmed by shock and relief, those are the only words Deven can muster when she is called to identify the body of a suicide victim. A body she was informed was her sister, Kennedy. But as she stares at the lifeless stranger, she’s filled with questions: Who is this woman? Why was Deven listed as family? And most important, where is Kennedy? Her intuition tells her just one thing: this can’t be a total coincidence.

Desperate to put the pieces together, Deven launches her own investigation. Soon, she finds herself tangled in a web of secrets and lies so twisted that it blurs the lines between fact and fiction.  And between the sister she thought she knew and the one who seems to have many hidden, dangerous lives. But only Kennedy would have the answers to increasingly urgent questions. Just one possibility is clear: Kennedy isn’t missing. Maybe she just doesn’t want to be found. And maybe you can never truly know another person. Even your own sister.

Praise for Brianna Cole and her novels

The Wives We Play
“Thrilling, unique, and so addicting! Briana Cole brings a spin to a taboo lifestyle that had me hooked from the first page. . . .  A fantastic, enthralling novel that should not be missed!”
—Shanora Williams, New York Times bestseller and author of The Perfect Ruin