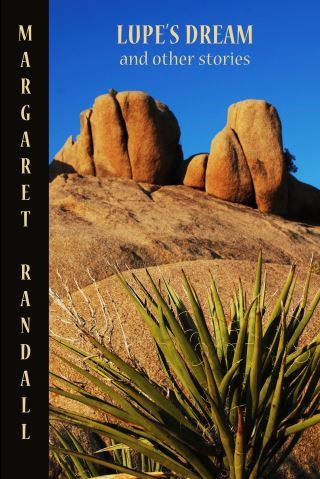 During the strange and unsettling second year of COVID-19, Margaret Randall suddenly found herself writing short stories. The author of over 150 books of poetry, essays, biography, nonfiction and translations, Lupe's Dream and Other Stories is her first collection of fiction. These stories are as unsettling as the times. In one way or another, each references life in a near-future where scarcities have become dramatic, space strangely unfamiliar, and time moves in unexpected directions. After several intense months of writing, the stories stopped as mysteriously as they'd begun.

Margaret Randall: Margaret Randall is a feminist poet, writer, translator, photographer and social activist. She is the author of over 150 books. She received the 2019 Hayde&#180;e Santamari&#180;a Medal from Casa de las Americas in Havana, and the prestigious 2019 Poet of Two Hemispheres Prize, presented by Ecuador's Poesi&#180;a en Paralelo Cero. In 2017, she was awarded the Medal of Literary Merit byLiteratura en el Bravo, Chihuahua, Mexico. The University of New Mexico granted her an honorary doctorate in letters in 2019. She r ceived the 2020 George Garrett Award from AWP and the Paulo Freire Prize by Chapman University