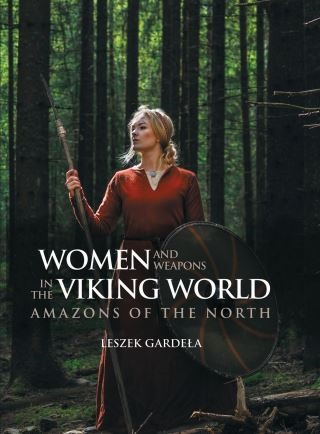 Women and Weapons in the Viking World

Amazons of the North

Sets out to investigate the idea of ‘the armed woman’ in the Viking Age through a comprehensive and cross-cultural approach and weaves a nuanced picture of women’s lives in the Viking world. The Viking Age (c. AD 750–1050) is conventionally portrayed as a tumultuous time when hordes of fierce warriors from Scandinavia wreaked havoc across the European continent and when Norse merchants traveled to distant corners of the world in pursuit of slaves, silver and exotic commodities. Until fairly recently, Norse society during this pivotal period in world history has been characterized as male-dominated, with women’s roles dismissed or substantially downplayed. There is, however, ample textual and archaeological evidence to suggest that many of the most spectacular achievements of Viking Age Scandinavians – in craftsmanship, exploration, cross-cultural trade, warfare and other spheres of life – would not have been possible without the active involvement of women, and that both within the walls of the household and in the wider public arena women’s voices were heard, respected and followed. Lavishly illustrated, this pioneering book explores the stories of the female warrior and women’s links with the martial sphere of life in the Viking Age, using literature and archaeological evidence from Scandinavia and the wider Viking world to examine the motivations and circumstances that led women to engage in armed conflict.