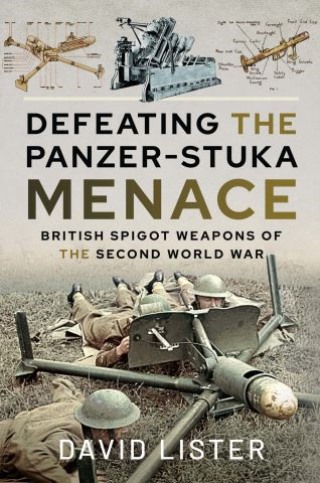 Weapons of myth and scandal, that is the best way to describe the spigot weapons deployed by the British in the Second World War. Unlike conventional mortars, a spigot mortar does not have a barrel through with the round is fired. Instead, the general concept involves a steel rod – the ‘spigot’ – onto which the bomb is placed before it is fired. This design was, as David Lister reveals, the basis of a number of successful weapons used during the Second World War. The myth of the PIAT man-portable anti-tank weapon is, for example, tied closely to British paratroopers struggling in the ruins of Arnhem with an inadequate design, one inferior to the German equivalent. Similarly, the myth of the Blacker Bombard is of a useless weapon, one of dubious quality, that was dumped on the unsuspecting Home Guard. In reality, neither scenario is the case. Both weapons were devastating creations of war, often superior to any other nation’s counterpart. At sea, the Hedgehog anti-submarine weapon was another powerful spigot weapon. It was undoubtedly capable of sweeping the U-boats from the sea and even winning the Battle of the Atlantic before it had really begun. That it did not is one of the great scandals of the Second World War, one hidden by wartime secrecy until now. In Defeating the Panzer-Stuka Menace the author explores a large number of spigot weapons from the Second World War, many of which were created by the fertile mind of one of Britain’s great weapon inventors, Latham Valentine Stewart Blacker.

David Lister: David’s first experience with tanks occurred at the age of 16 when he worked in a local museum. A few years later he started working with computer game developers as a historical consultant. Since then he has worked with several companies including Wargaming’s World of Tanks, Gaijin’s War Thunder, and Obsidian Entertainment's Armoured Warfare. Throughout this time he visited numerous archives across the country and contributed articles to company websites. In 2016 he self published many of these articles in a book called General War Stories. Which was then followed in 2018 by Forgotten Tanks and Guns of the 1920s, 1930s and 1940s, which was published by Pen & Sword. He has also been regularly published in History of War magazine, and Tracklink, the magazine of the Bovington Tank Museum. His website is: www.historylisty.com