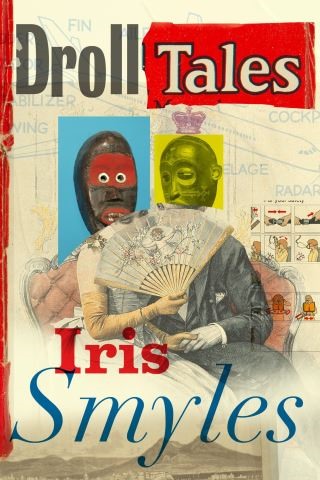 Transformation, identity, and speech that conceals and misleads as much as it explains form the core of these fourteen linked stories and novelettes. We are guided through them by “Iris” and her friend “Jacob,” who, over the course of the book, appear in a variety of guises. They introduce, interact with, or inhabit various characters, each with their own stories to tell. In the romantic, dark, and sometimes surreal worlds they occupy, the commonplace is beautiful and often absurd, reality is a mutually agreed upon illusion, and life is painful, comic, paradoxical, and brief.

A young American woman treks through Europe’s great cities working as a living statue; a renowned Chekhov tale is at last translated into Pig Latin; a house full of surrealists compete for love on a reality TV show; a list of fortune cookie messages reveals the inner world of the young man employed to write them. And a story of love and heartbreak is told through sentence diagrams on a fifth grader’s grammar test.

Romantic, ironic, with notes of the surreal, Droll Tales is a winning entertainment in Smyles’s singular style, enriched by art history, philosophy, literature, and pop culture, with the mystery of the human heart at its center.

Iris Smyles is the author of two previous books of fiction: Iris Has Free Time and Dating Tips for the Unemployed, which was a semi-finalist for the Thurber Prize for American Humor. Her essays and stories have been published by The New Yorker, The New York Times, The Atlantic, Vogue, BOMB, Paris Review Daily, Guernica, Hotel, McSweeney’s Internet Tendency, The Baffler, and Best American Travel Writing, among other publications. She divides her time between New York City and Greece.