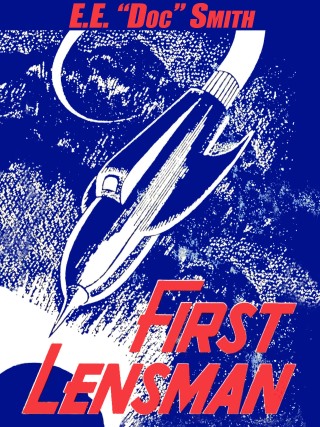 The enemy spacefleet arrowed toward the armored mountain--nerve center of the Galactic Patrol. The Patrol battle cruisers swerved to meet them, and a miles-long cone of pure energy ravened out at the invaders, destroying whatever it touched.

But the moment before the force beam struck, thousands of tiny objects dropped from the enemy fleet and, faster than light, flashed straight at their target--each one an atom bomb powerful enough to destroy Patrol Headquarters by itself!

The Galactic Patrol—and civilization itself—had seconds to live. Unless a miracle happened....