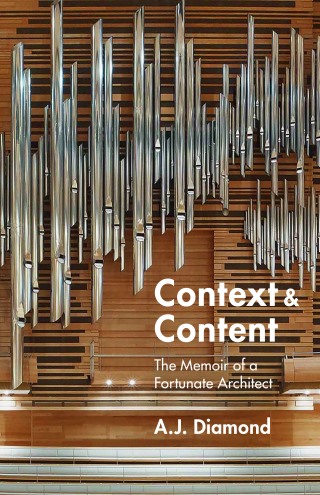 The Memoir of a Fortunate Architect

A deeply personal memoir from one of Canada’s most celebrated architects.

In this personal account of A.J. Diamond’s life and work, he shares how he came to be the founder of the leading architecture firm Diamond Schmitt, one of Canada’s most successful architecture companies. He also explains his principles of design, which at their core are about making a positive impact in the world, considering the needs of the content, client, and context. Diamond gives insight into his design principles in relation to some of his most notable projects, including the Four Seasons Centre for the Performing Arts in Toronto, la Maison symphonique de Montréal, the Mariinsky II Theatre in Saint Petersburg, and the new city hall in Jerusalem. Diamond also chronicles his family ancestry, his childhood in South Africa, from his birth in his grandfather’s study in the small provincial town of Piet Retief on the borders of Eswatini (Swaziland) and Mozambique, to his university days at the University of Cape Town and Oxford — where he played rugby at the international level, scoring two winning tries for the Oxford Blues against Australia — and the University of Pennsylvania. His memoir traces his immigration to the U.S. and, eventually, Canada as well as his growing architectural practice in Toronto, where he focused on the issues facing his chosen city.