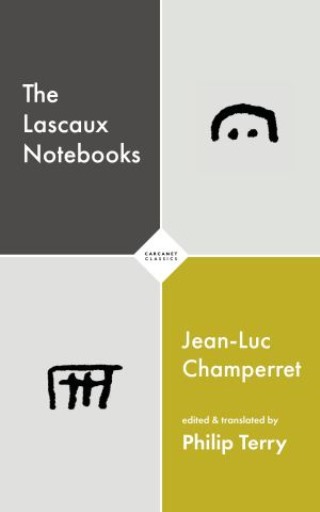 This newest Carcanet Classic collects the oldest poetry yet discovered, as written down or runed in the Ice Age in Lascaux and other caves in the Dordogne, and now translated &#8211; tentatively &#8211; into English for the first time. The translation is at two removes, from French versions by the mysterious linguistic genius Jean-Luc Champerret, and then from the striking originals that retain such a sense of early human presence. Philip Terry mediates between the French and those hitherto inscrutable originals.Jean-Luc Champerret's unique contribution to world literature is in his interpretation of the cave signs. And Philip Terry's contribution is to have discovered and rendered this seminal, hitherto unsuspected work into English. The translated poems are experiments, as the drawings may have been to the original cave poets composing them as image and sound. While archaeologists maintain that these signs are uninterpretable, Champerret assigns them meanings by analogy, then &#8211; in an inspired act of creative reading &#8211; inserts them into the frequent 3 x 3 grids to be found at Lascaux. The results &#8211; revelation of Ice-Age poetry &#8211; are startling.

Jean-Luc Champerret: Philip Terry was born in Belfast, and is a poet and translator. His interests include the theory and practice of creative writing, particularly the work of Oulipo, experimental translation, and hybrid forms of writing and poetry. He has taught at the universities of Caen, Plymouth, and Essex, where he established the Centre for Creative Writing. His books include Ovid Metamorphosed (2000) and Shakespeare's Sonnets (2011), Dante's Inferno (2014), which relocates Dante's poem to current-day Essex, Quennets (2016) and his re-imagining of Gilgamesh, Dictator (2018). Jean-Luc Champerret was born in the village of Le Moustier in 1910. He is the author of the poetry volume Chants de la Dordogne (Songs of the Dordogne), and a translator of the Ice-Age signs of Lascaux.