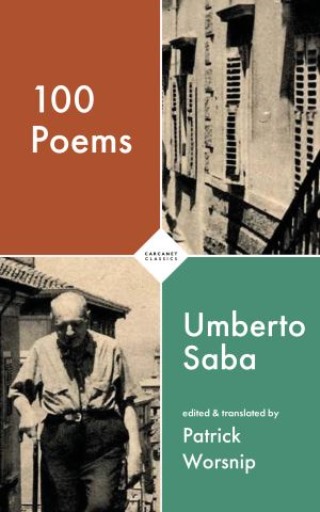 Umberto Saba (1883&#8211;1957) is one of the great Italian poets of the twentieth century, as closely associated with his native city Trieste as Joyce is with Dublin. He received a sparse education but was writing distinctive poetry before he was twenty, ignoring the modernist groups which dominated the day. He came at personal themes in unexpected ways, using an unapologetically contemporary idiom. He acquired an antiquarian bookshop which prospered for a time, but his Jewish background placed him at risk with the rise of Fascism. When the Germans took northern Italy in 1943, he and his family went into hiding in Florence where they escaped detection until the Allied liberation.National fame came late in his life. 100 Poems is the most extensive selection of his work so far published in Great Britain. He emerges as one of the great European writers of his time. The book features writing from every period of his writing life. Patrick Worsnip's translations honour the poet's use of traditional Italian forms while using appropriately colloquial diction.

Umberto Saba: After reading Classics and Modern Languages at Merton College, Oxford, Patrick Worsnip worked for more than forty years as a correspondent and editor for Reuters news agency, with postings in Italy, Russia, Poland, Iran, Lebanon, the US and the UK. Since retiring in 2012, he has devoted himself to translation from Italian and Latin, and to magazine articles on Italian poetry. He divides his time between Cambridge and Umbria, Italy. He is married, with one son. Umberto Saba was born Umberto Poli in 1883. He married Carolina Woelfler in 1909, and their only child, Linuccia, was born the following year. Their financial problems were eased when Saba bought a bookshop in Trieste in 1919. The first edition of his great Canzoniere, 'a sort of Odyssey of man in our times', was published at his own expense in 1921. He described his as a life which was 'relatively poor in external events but rich, at times excruciatingly so, in emotions and inner resonances'. He died in Gorizia in 1957.