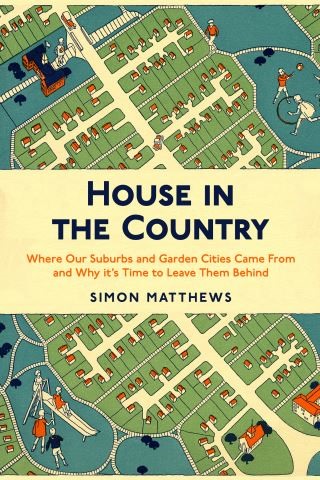 House in the Country

For nearly 150 years living in a house in the country has been what many of us aspire to. This book explores how this idea was imported from the US by Ebenezer Howard, founder of the garden city movement, the impact it has had in the UK and why, on cost and environmental grounds, it's time to move on from this approach.

House in the Country presents a richly detailed narrative containing much social and cultural commentary as well as interviews with key figures in this field, including Lord Heseltine.

Simon Matthews: Simon Matthews has had a varied career including a spell running the British Transport Films documentary film library and several years singing in semi-professional rock groups. He has contributed articles on music, film and cultural history to Record Collector, Shindig! and Lobster magazines. Psychedelic Celluloid, his illustrated history of UK music, film and TV between 1965 and 1974 was published by Oldcastle Books in 2016.