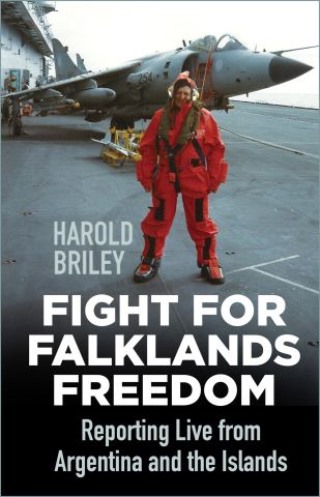 Reporting Live from Argentina and the Islands

‘Journalists are said to write the first rough drafts of history. But I was only the messenger.’

When Argentine troops surged onto the shores of the Falkland Islands, it was Harold Briley who broke the news to Britain and the rest of the world. As the BBC World Service’s Latin America Correspondent, he was perfectly placed both metaphorically and physically: not only was he reporting from his base in Buenos Aires, but he had first-hand knowledge of the countries, their politics and their cultures.

In Fight for Falklands Freedom: Reporting Live from Argentina and the Islands, Briley returns to the Islands to tell the full story in a breathless play-by-play account. Drawing on hundreds of his own reports, as well as interviews with political and military leaders from both sides, this is a fascinating insight into what happened, when it happened – and why.

Harold Briley was a BBC political, defence and foreign correspondent for 30 years, making 12,000 broadcasts, and filing the Falklands conflict for the US, Canada and South Africa. He also covered the Indo Pakistan Bangladesh War from Kashmir; Iran, Nicaragua and Uganda revolutions; the Cold War; and the Arab Israeli conflict. Awarded an OBE for services to journalism and broadcasting, after retiring he spent 20 years as a member of the Falkland Islands Association, editing their News Magazine and publications, as well as being involved in press and charity work all over the globe. He lives in East Sussex.