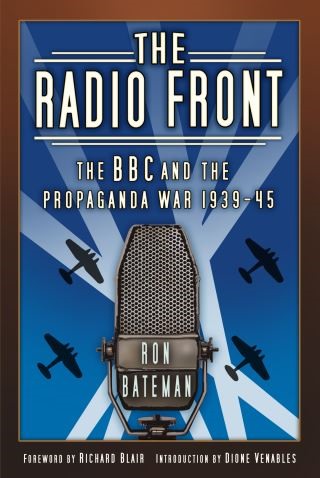 Within seventeen years of the first public broadcast in Britain, the nation again found itself at war. As the Second World War progressed, the BBC eventually realised the potential benefits of public radio and the service became vital in keeping an anxious public informed, upbeat and entertained behind the curtains of millions of blacked-out homes.

The Radio Front examines just how the BBC reinvented itself and delivered its carefully controlled propaganda to listeners in the UK and throughout Nazi-occupied Europe. It also reveals the BBC’s often-strained relationships with the government, military and public as the organisation sought to influence opinion and safeguard public morale without damaging its growing reputation for objectivity and veracity.

Using original source material, historian and author Ron Bateman tracks the BBC’s growth during the Second World War from its unorganised and humble beginnings to the development of a huge overseas and European operation, and also evaluates the importance of iconic broadcasts from the likes of J.B. Priestley, Vera Lynn and Tommy Handley.

Ron Bateman: RON BATEMAN embarked on an apprenticeship with British Rail Engineering Ltd, Swindon, in 1977, where he continued to work as a skilled coach-painter until the works closed. Thereafter, he worked in engineering for an orthopaedic manufacturing company, before retiring in 2016. He was one of the founding members of the Orwell Society and was editor of the Society Journal. He splits his time between Umbria, Italy, and South Cerney, Gloucestershire.