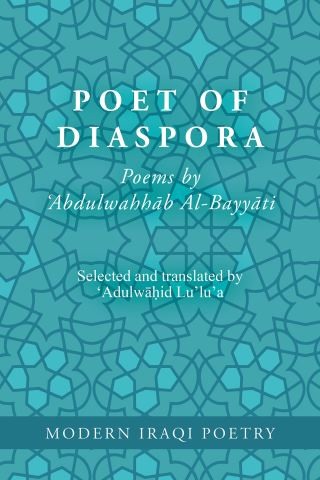 ‘Abdulwahhāb Al‑Bayyāti was one of the triumvirate of poets who dominated modern Iraqi and Arabic poetry of the mid-1950s. Following the pioneer female poet Nazik Al-Mala’ika, he moved away from the tail-end of the romantic period of Arabic poetry, with its reliance on classical verse style.
These modern poets introduced new subjects, both social and political, employing a more psychological approach. They used direct language, free from the traditional figures of speech, but enriched with cultural connotations.
This is the fifth book of translations by ‘Adulwāḥid Lu’lu’a to be published by Austin Macauley. The first in the ‘Modern Iraqi Poetry’ series, showcasing the work of Abdulrazzāq ʻAbdulwāḥid, was published in 2018.

Abdulwāhid Lu'lu'a: Professor Dr Abdulwahid Lu’lu’a was born in Mowṣil, Iraq in 1931. After receiving his BA (Hons) in English in 1952, from Baghdad, École Normale Supérieure, he received his Master’s degree from Harvard in 1957, then he received his PhD in English literature from Western Reserve University, Cleveland, Ohio, in 1962. He became lecturer, assistant, associate, and full Professor of English in his alma mater until he left Iraq after the war with Iran in 1983, and continued working in six Middle Eastern universities, and in Malaysia too. He has written and translated more than 65 books in Arabic and English. He was awarded prizes for both translation and critical works. He is married and has a son and a daughter, both graduates in music from Vienna and the United States.
In 2012 he started his retirement. He resides in Cambridge in the UK, where he continues the work of translating modern Arabic literary works into English.