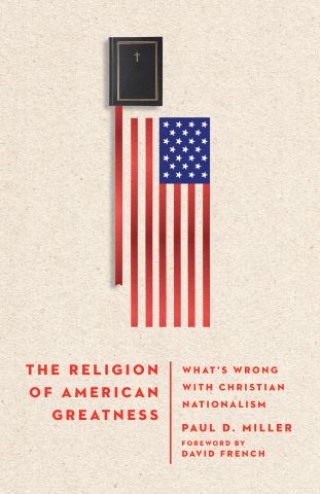 The Religion of American Greatness

Long before it featured dramatically in the 2016 presidential election, Christian nationalism had sunk deep roots in the United States.

Paul D. Miller, a Christian scholar, political theorist, veteran, and former White House staffer, provides a detailed portrait of—and case against—Christian nationalism. Building on his practical expertise not only in the archives and classroom but also in public service, Miller unravels this ideology's historical importance, its key tenets, and its political, cultural, and spiritual implications.

Miller shows what's at stake if we misunderstand the relationship between Christianity and the American nation. Christian nationalism—the religion of American greatness—is an illiberal political theory, at odds with the genius of the American experiment, and could prove devastating to both church and state. Christians must relearn how to love our country without idolizing it and seek a healthier Christian political witness that respects our constitutional ideals and a biblical vision of justice.