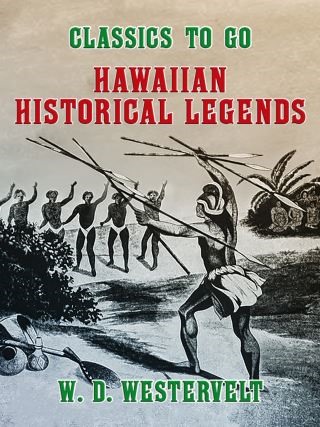 This book, one of six composed by Dr. Westervelt, is an intriguing blend of Hawaiian legends and chronicled stories. The starting points of the Hawaiian public, the demi-god Maui's quest for interminability for humanity, the happening to Captain Cook, the conflicts of King Kamehameha, just as different parts of Hawaii's amazing history fill its pages. (Google)

W. D. Westervelt: William Drake Westervelt (December 26, 1849 – March 9, 1939) was the author of several books and magazines on Hawaiian history and legends. He drew upon the collections of David Malo, Samuel Kamakau, and Abraham Fornander to popularize Hawaiian folklore in his Legends of Maui (1910), Legends of Old Honolulu (1915), Legends of Gods and Ghost-Gods (1915), Hawaiian Legends of Volcanoes (1916) and Hawaiian Historical Legends (1923).