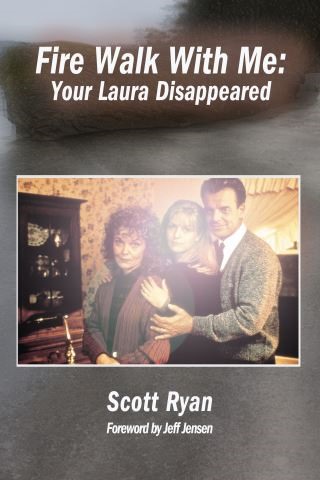 Fire Walk With Me

In 1990, David Lynch was on top of the world. Wild at Heart won the Palme d'Or at the Cannes Film Festival and Twin Peaks was the hottest show on TV. In 1992, he released Twin Peaks: Fire Walk with Me. It sure is amazing how fast coffee can get cold. The film was not well received, to say the least, by critics or ticket buyers. It seemed like the verdict was in: Twin Peaks was dead and wrapped in plastic. Thirty years later, the film is thought by many to be Lynch's masterpiece. Author Scott Ryan (Moonlighting: An Oral History, The Blue Rose magazine) was among the few Twin Peaks fans who saw the film on the day it was released and loved it from the beginning. He takes an in-depth look at the film, its legacy, and the people who created it, weaving in his own story of how the film has inspired him throughout his life, and still does. The book features Interviews with cowriter Bob Engels, editor Mary Sweeney, lead actress Sheryl Lee, and other cast members, as well as Ryan's essays covering the different iterations of the script, and Angelo Badalamenti's superb score. This is an ambitious, unique exploration of one of the darkest films ever created by the master himself, David Lynch.

Scott Ryan: Scott Ryan is the Managing Editor of the Twin Peaks magazine The Blue Rose, author of Moonlighting: An Oral History and The Last Days of Letterman, and the host of the Red Room Podcast. He has been published in Vanity Fair, Emmy Magazine, and The Sondheim Review. He is the co-president of Fayetteville Mafia Press.