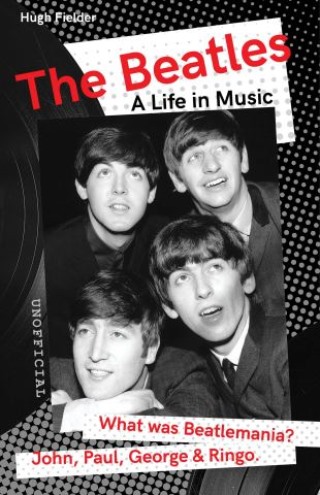 A Life in Music

For the Internet generation, a quick introduction to the first global music phenomenon. Meet John, Paul, George and Ringo.

The Beatles were – are – probably the most famous and successful band in the world, and despite breaking up over 40 years ago, their popularity remains rock solid, with fans ever-thirsty for new celebrations of their work. Organized by year, this brilliant book covers all the major events in their relatively short career.

Hugh Fielder: Hugh Fielder can remember the 1960s even though he was there. He can remember the 1970s and 1980s because he was at Sounds magazine (RIP) and the 1990s because he was editor of Tower Records’ TOP magazine. He has shared a spliff with Bob Marley, a glass of wine with David Gilmour, a pint with Robert Plant, a cup of tea with Keith Richards and a frosty stare with Axl Rose. He has watched Mike Oldfield strip naked in front of him and Bobby Womack fall asleep while he was interviewing him.