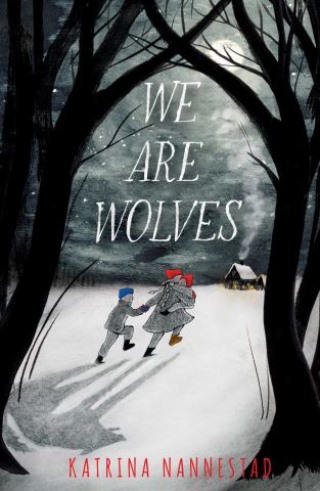 This “hauntingly atmospheric” (Kirkus Reviews, starred review), heart-stopping middle grade novel follows three of the Wolfskinder, German children left to fend for themselves in the final days of World War II, as they struggle to hold onto themselves and each other while surviving in the wild.

Sometimes it’s good to be wild. Sometimes, you have to be.

When the Russian Army marches into East Prussia at the end of World War II, the Wolf family must flee. Being caught by the Russians or the Americans would be the end for them. Liesl, Otto, and baby Mia’s father has already been captured, and they get separated from their mother in a blizzard after only a few days on the run.

Liesl had promised Mama that she’d keep her brother and sister safe, no matter what. They’ll forage in the forests if they have to. Little do they know that there are hundreds of other parentless children doing the very same thing. And they far too quickly learn that, sometimes, to survive, you have to do bad things.

Dangerous things. Wild things. Sometimes you must become a wolf.

Katrina Nannestad: Katrina Nannestad is an Australian author who grew up in a neighborhood stuffed full of happy children. Her adult years have been spent raising boys, teaching, daydreaming, perfecting her recipe for choc-chip bickies, and pursuing her love of stories. Katrina’s writing celebrates family, friendship, and belonging. She loves creating stories that bring joy to other people’s lives. Katrina now lives in central Victoria, on the side of a hill (in a house, not just in the long grass!) with her husband, an exuberant black whippet called Olive, and a cuddly magpie called Otto. To see more about her day-to-day life, visit her at KatrinaNannestad.com or follow her @Katrina.Nannestad on Facebook or @Katrina_Nannestad on Instagram.