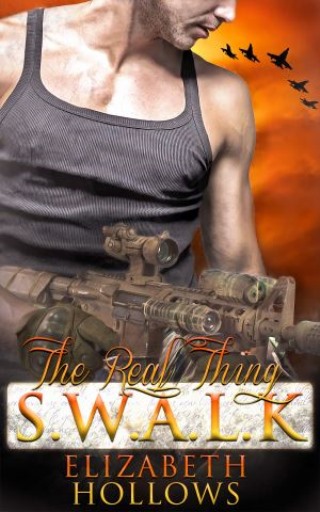 One soldier home from training. Two best friends secretly in love. A plan to fake a romantic Valentine's weekend. Will it be happiness or heartbreak?

Chad Anderson is a proud soldier with a promising career. He has almost got the perfect life, but for one small snag. Chad has been holding a candle for his best friend since he was seventeen.

Gareth Jenkins lives with him, along with his rescue dog. It's the perfect arrangement and almost as good as the real thing—but it isn't the real thing.

To make matters worse, it's Valentine's Day, and Chad will be returning from training for the holiday. It would be the ideal time to confess—but it has been nearly ten years. It's long past the time to say something.

But he isn't the only one with a candle.

Gareth might be a confident hairdresser with a flirtatious manner and easy-to-love personality, but it doesn't help him where it counts. Because Gareth's first love is his sexy soldier best friend, and one of these days, Gareth is sure he's going to ruin everything with an unwanted kiss.

And if things aren't bad enough for both of them, Chad comes up with an idea that might spell the end for their secrets. Because, instead of spending Valentine's alone, he suggests they spend it having the weekend they've always wanted.

To do it, they'll fake being a romantic couple.

When what they want is playing out right in front of them, can both men keep their feelings contained?

Elizabeth Hollows: Elizabeth Hollows is an Australian writer of LGBT love stories specializing in homosexual or lesbian romance.Her preferred genres are fantasy, science fiction and contemporary/modern.She has been writing since she was twelve, but has spent the last few years writing romance stories and discovering a passion for LGBT romance.When Elizabeth is not writing she embroiders, reads and plots her next novel. She is a fan of the winter months and always has a book in her handbag and a cup of tea nearby.