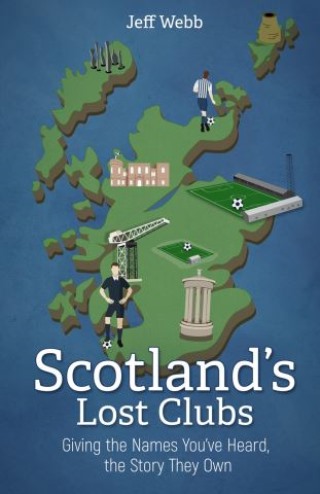 Giving the Names You’ve Heard, the Story They Own

Scotland's Lost Clubs: Giving the Names You've Heard the Story They Own is the gripping, constantly surprising, intrinsically romantic and all too commonly tragic story of some of Scotland's lost football clubs. You'll be taken on a journey across Scotland, from the Highlands to the English border, with tales of some of the most important names in world football and their impact on the modern game. Learn about the picturesque Victorian seaside town that had no fewer than five clubs, and the team that rescued a league rival who was shipwrecked only to sadly disappear the year Celtic won the European Cup. Discover how a mining village of less than 3,000 inhabitants became world champions but folded 36 years later. Football at its most raw and disorganised was a breeding ground for amazing stories, and Scotland's Lost Clubs captures some of the very best of them. It's essential reading for any Scottish football fan.