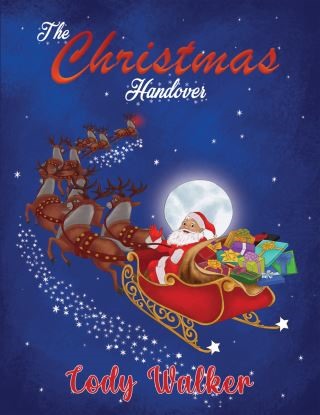 A modern day re-telling of the classic Christmas tale.   All around the world, excitement grows as Christmas time nears again. However, Santa cannot maintain his renowned speed and has reluctantly handed Rudolph’s reigns over to his son, Santa Junior, who knows he cannot live up to his father’s performance. So in his first act as the new Santa in charge, he picks up a pen and writes a letter designed to reach all his favourite children and let them know a little about himself as well as the changes they may notice with him now sitting in the main seat of the magical sleigh.

Cody Walker: Cody Walker grew up in a small town in New Zealand and was self-educated without family guidance and only himself to rely on. He spent his growing years exploring the countryside as a student of life, this freedom to wander often lead him to a crossroads where he had to find a direction of purpose and a place where he felt he belonged. Eventually his path led him to become an owner and operator of a small business with a creative passion for storytelling.