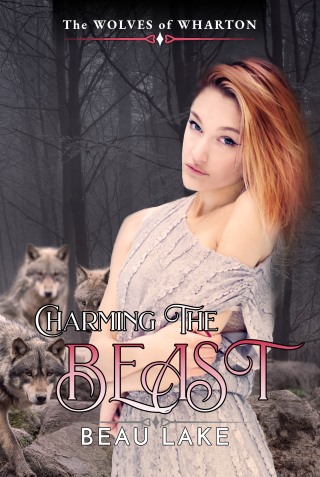 Hollywood will chew you up and spit you out…
Flora Wright never imagined she would leave Wharton, Virginia. She was practically born with the salt of the sleepy, seaside town flecking her cheeks. The sound of the waves lapping against the tetrapods was her nightly lullaby. The wolves that loped along the shoreline were her friends, her family—her pack. She dreamed of stardom beyond the towns’ limits, but anything beyond the local Miss Dogwood pageant crown seemed like a fantasy.
That is, until Carver Merlotte, talent scout and agent extraordinaire, put her on the next flight to Los Angeles.
Flora is thrilled to be discovered, but La La Land isn’t quite what she expected. She quickly discovers that everyone is jaded, the glamor is a facade, and a makeup brush can hide any imperfection, especially if you know your angles.
Dominic Valentine certainly knows his.
With his fame on the decline and his reputation in shambles, Dom is at the mercy of the production company. When they cast him as the villain in a low-budget horror film alongside a trembling ingenue and a volatile director, he doesn't have any choice but to accept the role.
Once the cameras roll, the fading superstar realizes there’s something special about Flora Wright. Even through the rubber monster costume he is forced to wear, Dominic can smell it.

Beau Lake: Beau Lake is a tattooed, blue-haired, queer romance writer skulking around the mountains of Virginia. She is very happily married and lives with a menagerie of children (2), dogs (3), and plants. Her current hobbies include digital art, social/animal activism, and screaming into the void. Mostly the latter. She is passionate about ending greyhound racing in the United States and worldwide, and shares her home with a retired racer named River. Other favorite activities include listening to true crime podcasts, staring at empty Word documents while having existential crises, and asking herself “What Would Stephen King Do?” Beau writes both traditional and horror/supernatural LGBTQIA romance. Werewolves are her favorite because they have sharp teeth and even sharper personalities. Some of her published work includes the well-received DC Pride series, co-written with Tatum West (Proud, Out, and The Space Between Us). The Wolves of Wharton is her first supernatural series, with more to come! She can be found online via Facebook, Twitter, or at authorbeaulake.com. She loves talking with readers and can be reached at authorbeaulake@gmail.com. Vegetarian recipes are also appreciated.