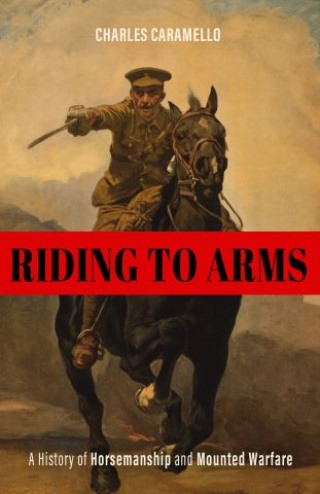 A History of Horsemanship and Mounted Warfare

Horses and horsemen played central roles in modern European warfare from the Renaissance to the Great War of 1914-1918, not only determining victory in battle, but also affecting the rise and fall of kingdoms and nations. When Shakespeare's Richard III cried, "A horse, a horse, my kingdom for a horse!" he attested to the importance of the warhorse in history and embedded the image of the warhorse in the cultural memory of the West.

Riding to Arms tracks the history of horsemanship and cavalry through scores of primary texts ranging from Federico Grisone's Rules of Riding (1550) to Lt.-Colonel E.G. French's Good-Bye to Boot and Saddle (1951). It offers not only a history of horsemen, horse soldiers, and horses, but also a survey of the seminal texts that shaped that history.

Charles Caramello: Charles Caramello is professor emeritus of English at the University of Maryland and John H. Daniels Fellow at the National Sporting Library and Museum in Middleburg, Virginia. His books include Henry James, Gertrude Stein, and the Biographical Act and Silverless Mirrors: Book, Self, and Postmodern American Fiction.