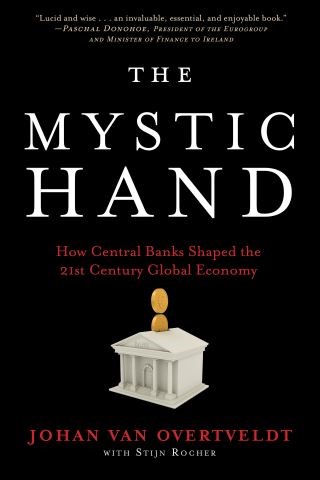 It’s hardly an exaggeration to claim that over the last few decades, central bankers have achieved unprecedented status. Especially since the global financial crisis of 2008, the world holds its breath whenever they announce new policy interventions. Given the opaque nature of the money supply, in the eyes of most citizens, the “mystic hand” of central bankers is felt everywhere. Never before have central bank policies been so decisive, not only for financial markets but also for national economies and public welfare in general.

This book traces the way in which central bankers learned, unlearned, relearned and still have to learn the tricks of their trade. The lessons taught by nineteenth-century grands savants like Henry Thornton and Walter Bagehot, once instilled, were eventually neglected. This led directly to the policy mistakes that produced the Great Depression of the 1930s.

When the financial crisis of 2008 broke out, central bankers the world over summoned Thornton’s and Bagehot’s wisdom and acted accordingly. This re-learning saved the world from a repetition of the Great Depression. But when the worst of the financial crisis and ensuing recession were over, central bankers continued applying unconventional monetary policies—in some areas of the world, this even extended to negative policy interest rates and massive interventions in the bond markets, which resulted in constant injections of liquidity. Once the Covid-19 pandemic arrived, most central bankers doubled down on the intensity of these kinds of policies.

While the financial crisis required central bankers to act in decisive ways, it can no longer be denied that the consequences of these expansive monetary policies have become major issues. Central bank policies of the last decade and a half have resulted in a relentless build-up of leverage and debt; led to speculative bubbles in different kinds of markets; undermined the willingness of political authorities to put their fiscal houses in order; stimulated a “zombification” of the economy and the growth of shadow banking activities; and contributed to growing inequality around the world.

Central bankers are at a crucial turning point for the future of their profession, and even more for the future of our economy. New lessons have to be learnt. Our future depends on these being the right lessons.

Johan Van Overtveldt: Johan Van Overtveldt, PhD, was minister of finance in Belgium from 2014-2019, and now serves as the Chairman of the Budget Committee of the European Parliament, where he focuses on financial and monetary matters across the European Union. A trained academic economist and former journalist, he has published several books in Dutch and contributes to the Wall Street Journal Europe and other publications. He is also the author of A Giant Reborn (Agate B2, 2015), The End of the Euro (Agate B2, 2011), Bernanke’s Test (Agate B2, 2009), and The Chicago School (Agate B2, 2007).