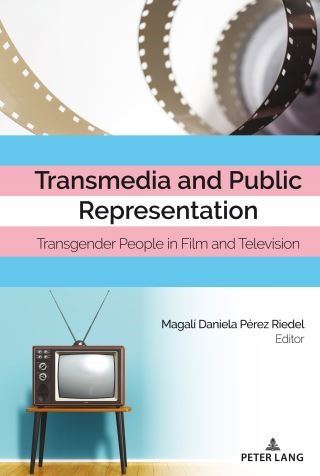 Transgender People in Film and Television

Is media changing the way we see transgender people or is it the other way around? In the past twenty to thirty years, transgender people have gradually appeared in films and television shows with more and more frequency. However, more visibility does not always translate to a higher degree of acceptance of trans people. Authors in this book studied the most popular programs and movies of all times to see how much (and how little) media portrayals have changed when it comes down to trans folks. Although in recent years openly transgender celebrities and fictional characters have broken into the mainstream to challenge hegemonic understandings of this population, productions such as Transparent and Orange Is the New Black fall victim to commonplace portrayals, repeating the negative tropes they were trying to resist. Nevertheless, nuanced interpretations and thorough analyses from this collection show evidence that movies and programs with transgender people make progress from total erasure or invisibility. Transmedia and Public Representation: Transgender People in Film and Television is as complex and diverse as the authors, productions, and characters in it. It is a must-have, must-read book for anyone who studies or works in areas related to media, social sciences, and LGBTQ studies and activism. But it is also an appealing invitation to understand the current media landscape through the eyes and voices of trans and queer people, their relatives, and their allies.