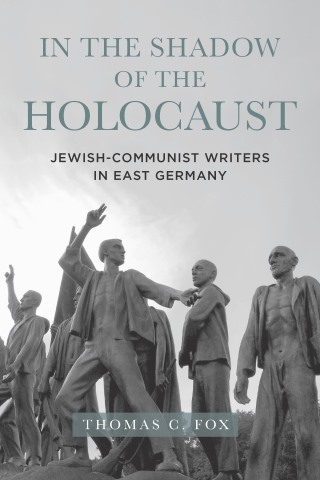 In the Shadow of the Holocaust

This study investigates the negotiation of Jewish-German-Communist identity in post-Holocaust Germany, specifically East Germany. After an introduction to the political-historical context, it highlights the conflicted writings of six East German Jewish writers: Anna Seghers (1900-1983), Stefan Heym (1913-2001), Stephan Hermlin (1915-1997), Jurek Becker (1937-1997), Peter Edel (1921-1983), and Fred Wander (1917-2006). All were Holocaust survivors. All lost family members in the Holocaust. All were important writers who played a leading role in East German cultural life, and all were loyal citizens and committed socialists, although their definitions of and maneuvers regarding Party loyalty differed greatly. Good soldiers, they viewed their writing as contributing to the social-political revolution taking place in East Germany. Informed by Holocaust and trauma studies, as well as psychology and deconstruction, this study looks for moments when Party discipline falters and other, repressed, thoughts and emotions surface, decentering the works. Some recurring questions addressed include: What is the image of Germans? Do the works evidence revenge fantasies? How does the negotiation of ostensibly mutually exclusive identities play out? Is there acknowledgment of the insufficiency of Communist theory to explain antisemitism, as well as recognition of Stalinist or other forms of Communist antisemitism? Although these writers ultimately established themselves in East Germany, attaining positions of privilege and even power, their best works nonetheless evince an acute sense of endangerment and vulnerability; they are documents both created and marked by trauma.

Thomas C. Fox: THOMAS C. FOX is Professor of German at the University of Alabama. He is the author of Stated Memory: East Germany and the Holocaust (Camden House, 1999) and co-editor of Companion to the Works of Lessing (Camden House, 2005).