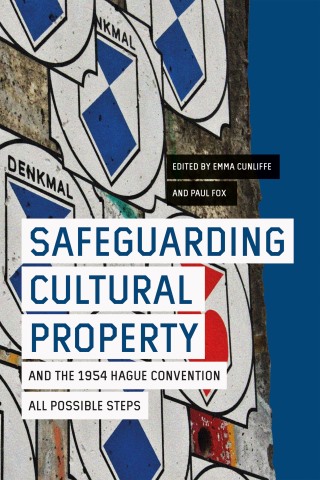 Significant attention today focusses on heritage destruction, but the key international laws prohibiting it - the 1954 Hague Convention for the Protection of Cultural Property in the Event of Armed Conflict and its First and Second Protocols (1954/1999) - lay out two core strands to limit the damage: the measures of respect for armed forces, and the safeguarding measures states parties should put in place in peacetime. This volume incorporates wide-ranging international perspectives from those in the academy, together with practitioner insights from the armed forces and heritage professionals, to explore the safeguarding regime. Its contributors consider such questions as whether state parties have truly taken "all possible steps", as the Convention tasks them; what we can learn from past practice, and how the Convention is implemented today; the implications of new trends in heritage law and management - such as the rise of the World Heritage Convention, and in the increasing focus on safe havens rather than refuges; whether new methods of heritage management such as Risk Assessment theory can be applied; and, in a Convention specifically focussed on state parties, what of their opponents, armed non-state actors. Topics range from leadership and the role of the State Party Representative, to the responsibilities of armed non-state groups in safeguarding, to explorations of past and current practice in different countries. Using a mix of case studies and theoretical explorations of new and existing methodologies, the contributions cover a broad timespan from World War II to today, with examples from Europe, the Middle East, and Africa. Overall, the volume's purpose is to promote wider understanding of the practical effectiveness of the Convention in the contemporary world, by investigating the perceived opportunities and constraints the Convention offers today to protect cultural property in armed conflict, and firmly establishing that such protection must begin in peace.