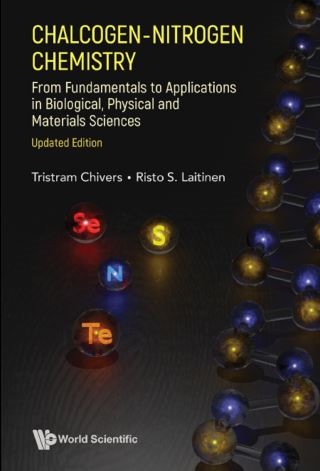 From Fundamentals to Applications in Biological, Physical and Materials Sciences

Chalcogen-nitrogen chemistry involves the study of compounds that exhibit a linkage between nitrogen and sulfur, selenium or tellurium atoms. Since the publication of A Guide to Chalcogen-Nitrogen Chemistry in 2005, the emphasis of investigations of chalcogen-nitrogen compounds has advanced from a focus on fundamental studies to the development of practical applications, as indicated by the title of this new edition. Pharmaceutical applications of organic sulfur-nitrogen compounds include drugs for the treatment of various diseases, as well as probes for locating tumour cells. From a materials perspective, carbon-containing chalcogen-nitrogen heterocycles have applications in everyday devices such as LEDs and solar cells. A new technology based on binary sulfur nitrides is being used for fingerprint detection in forensic science. As a result, this book includes seven new chapters and updates the others with extensive literature coverage of developments since 2005 while retaining earlier seminal results. This comprehensive text is essential for anyone working in the field, and the four introductory chapters emphasise general concepts that will be helpful to the non-specialist. The treatment is unique in providing a comparison of sulfur, selenium and tellurium compounds. Each chapter is designed to be self-contained, and there are extensive cross-references between chapters.