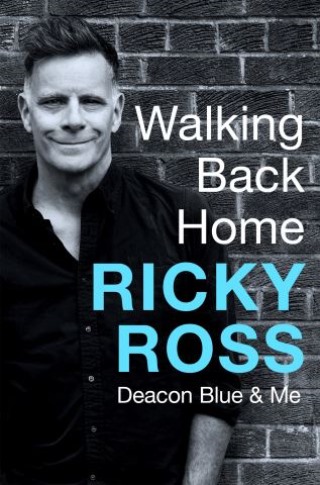 'For all these years I've told stories. Sometimes these days I also tell them on the radio. I've met some amazing people and their stories need told too. The first time Deacon Blue ever played Wembley Arena I started to introduce a song only to hear, "Get on with it" shouted from Row Z. We proceeded with the song, but I often thought I'd quite like to finish that story.'

In 1986, Ricky Ross started a full-time career in music, which has lasted for over 35 years. His earlier working life was spent in youth work and teaching in his home city of Dundee, and his adopted home of Glasgow. It was in these two cities where he spent his formative years learning how to write and play songs.

Having always written about the people and places who've made an impact on his life, it's no surprise that this is how he has approached Walking Back Home, his first ever memoir, which takes the reader on a journey from Ricky's childhood to the rollercoaster of leading his band to top of the charts and their break-up, his solo career and Deacon Blue's recent renaissance.

Ricky Ross formed Deacon Blue over 30 years ago, and 2022 sees the 35th anniversary of the release of their debut album, Raintown. A string of bestsellers followed it.

Ricky presents a number of radio shows including BBC Radio Scotland's Americana music show Another Country (for which he has won two Sony awards and a CMA International Trophy in 2015) and Sunday Morning With, as well as Ricky Ross's New Tradition for BBC Radio 2.