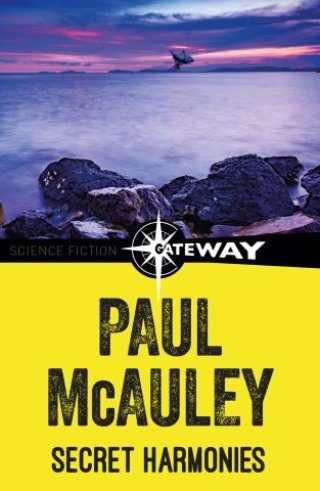 The planet Elysium should be a paradise.

Like Earth before the Age of Waste, it is both beautiful and bountiful, inhabited by peaceful aboriginals and human colonists. But in its chief city, Port of Plenty, the first colonists have kept the superior technology sent from Earth for themselves, governing the outlying settlements with an iron fist.

As unrest grows, two unlikely allies, Richard Florey, an employee of the city's university, and Miguel Lucas, a settler who has 'gone dingo', are caught up in a revolution that could awaken the alien aboriginals and change the balance of power on Elysium forever . . .

Paul McAuley (Born 1955)
Paul James McAuley was born in Gloucestershire on St George's Day, 1955. He has a Ph.D in Botany and worked as a researcher in biology at various universities, including Oxford and UCLA, and for six years was a lecturer in botany at St Andrews University, before leaving academia to write full time. He started publishing science fiction with the short story "Wagon, Passing" for Asimov's Science Fiction in 1984. His first novel, 400 Billion Stars won the Philip K. Dick Award in 1988, and 1995's Fairyland won the Arthur C. Clarke and John W. Campbell Awards. He has also won the British Fantasy, Sidewise and Theodore Sturgeon Awards. He lives in London.

You can find his blog at: http://www.unlikelyworlds.blogspot.com