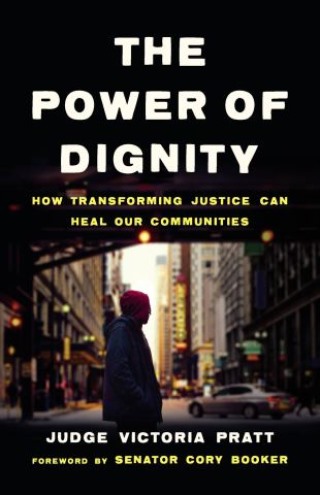 The Power of Dignity

How Transforming Justice Can Heal Our Communities

A renowned judge wonders: What would criminal justice look like if we put respect at the center?

The Black and Latina daughter of a working-class family, Victoria Pratt learned to treat everyone with dignity, no matter their background. When she became Newark Municipal Court’s chief judge, she knew well the inequities that poor, mentally ill, Black, and brown people faced in the criminal justice system. Pratt’s reforms transformed her courtroom into a place for problem-solving and a resource for healing. She assigned essays to defendants so that the court could understand their hardships and kept people out of jail through alternative sentencing and nonprofit partnerships. She became the judge of second chances, because she knew too few get a first one.

With a foreword from Senator Cory Booker, The Power of Dignity shows how we can transform courtrooms, neighborhoods, and our nation to support the vulnerable and heal community rifts. That’s the power of dignity.

Judge Victoria Pratt: The Honorable Victoria Pratt served as the chief judge of the Newark Municipal Court, is a professor at the Rutgers Newark School of Criminal Justice, and has taught at the Rutgers School of Law. Her TED talk, “How Judges Can Show Respect,” has been viewed over thirty million times. She lives in Montclair, New Jersey.