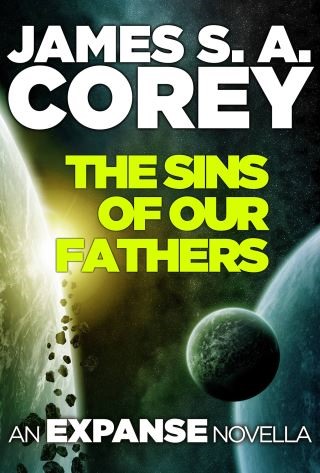 The Sins of Our Fathers

The final novella set in the universe of James S. A. Corey's NYT-bestselling Expanse series. Now a Prime Original series. This story will be available in the complete Expanse story collection, Memory’s Legion.
HUGO AWARD WINNER FOR BEST SERIES

Through one of the gates, a colony stands alone. Their supplies are low. Their defenses, weak. The leadership is uncertain, and the community fragile. Huge alien beasts threaten the little they have left.

James S. A. Corey:
James S. A. Corey is the pen name of Daniel Abraham and Ty Franck. In addition to writing the novels and short stories of The Expanse, they wrote and produced the television series of the same name. Daniel lives with his family in the American southwest. Ty will tell you where he lives when and if he wants you to come over.