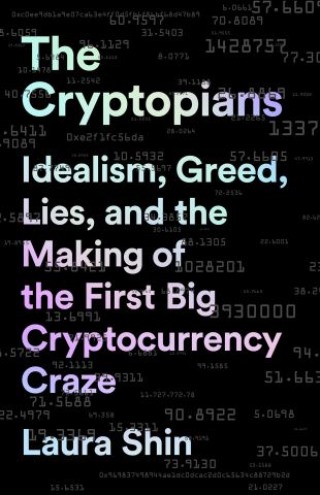 Idealism, Greed, Lies, and the Making of the First Big Cryptocurrency Craze

The story of the idealists, technologists, and opportunists fighting to bring cryptocurrency to the masses.

In their short history, Bitcoin and other cryptocurrencies have gone through booms, busts, and internecine wars, recently reaching a market valuation of more than $2 trillion. The central promise of crypto endures—vast fortunes made from decentralized networks not controlled by any single entity and not yet regulated by many governments.

The recent growth of crypto would have been all but impossible if not for a brilliant young man named Vitalik Buterin and his creation: Ethereum. In this book, Laura Shin takes readers inside the founding of this novel cryptocurrency network, which enabled users to launch their own new coins, thus creating a new crypto fever. She introduces readers to larger-than-life characters like Buterin, the Web3 wunderkind; his short-lived CEO, Charles Hoskinson; and Joe Lubin, a former Goldman Sachs VP who became one of crypto’s most well-known billionaires. Sparks fly as these outsized personalities fight for their piece of a seemingly limitless new business opportunity.

This fascinating book shows the crypto market for what it really is: a deeply personal struggle to influence the coming revolution in money, culture, and power.

Laura Shin: Laura Shin is a writer, crypto journalist, and podcaster. A former senior editor at Forbes, she left the magazine in 2018 to commit to her podcasts and videos, Unchained and Unconfirmed, which have had over 14 million downloads and views. Shin has spoken about and led discussions on cryptocurrency at places such as TEDx San Francisco, the IMF, Singularity University and the Oslo Freedom Forum. She lives in New York City.