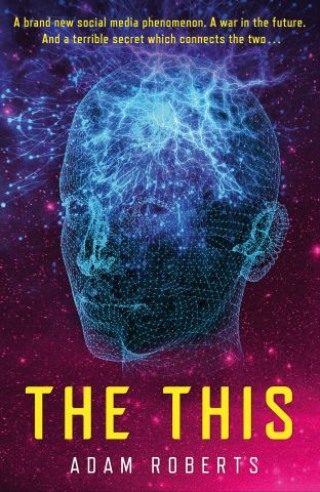 The This is the new social media platform everyone is talking about. Allow it to be injected into the roof of your mouth and it will grow into your brain, allow you to connect with others without even picking up your phone. Its followers are growing. Its detractors say it is a cult. But for one journalist, hired to do a puff-piece interview with their CEO, it will change the world forever.

Adan just wants to stay at home with his smart-companion Elegy - phone, friend, confidante, sex toy. But when his mother flees to Europe and joins a cult, leaving him penniless, he has to enlist in the army. Sentient robots are invading America, but it seems Adan has a surprising ability to survive their attacks. He has a purpose, even if he doesn't know what it is.

And in the far future, war between a hivemind of Ais and the remnants of humanity is coming to its inevitable end. But one woman has developed a weapon which might change the course of the war. It's just a pity she's trapped in an inescapable prison on a hivemind ship.

Adam Roberts: Adam Roberts is commonly described as one of the UK's most important writers of SF. He is the author of numerous novels and literary parodies. He is Professor of 19th Century Literature at Royal Holloway, London University and has written a number of critical works on both SF and 19th Century poetry. He is a contributor to the SF ENCYCLOPEDIA.