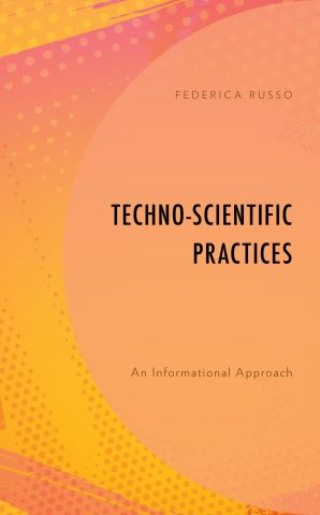 In scholarly debates, as well as in everyday parlance, we tend to pull science and technology apart: science gives us theory, and technology applies it. In practice, however, science and technologies are highly intertwined. In Techno-Scientific Practices: An Informational Approach, Federica Russo looks at the practice of science and elucidates the role of technologies and instruments in the process of knowledge production. In this exercise, it becomes evident that technologies cannot be analyzed on their own, but always in relation to epistemic agents. Thus, Techno-Scientific Practices emphasizes the importance of analyzing the process of knowledge production in techno-scientific contexts, in which there is a triad of relations to look at: us, the instruments, and the world. The book thus builds bridges between the philosophy of science, philosophy of technology, and science and technology studies in an unprecedent way.

Federica Russo: Federica Russo is a philosopher of science and technology based at the University of Amsterdam. Among her publications: Causality: Philosophical Theory Meets Scientific Practice (co-authored with Phyllis Illari, OUP, 2014), Causality in the Sciences (co-edited with Phyllis Illari and Jon Williamson, OUP, 2011), Causality and Causal Modelling in the Social Sciences. Measuring Variations (Springer, 2009). She is co-editor in chief (with Phyllis Illari) of the European Journal for Philosophy of Science and Executive Editor of Philosophy and Technology. For more information please visit russofederica.wordpress.com.