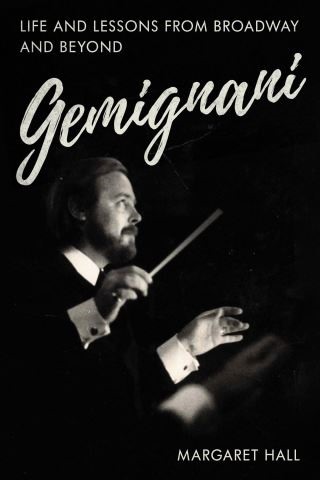 Life and Lessons from Broadway and Beyond

Paul Gemignani is one of the titans of the modern musical theater industry. Serving as musical director for more than forty Broadway productions since 1971, his collaborations with Stephen Sondheim, Andrew Lloyd Webber, John Kander, Fred Ebb, Hal Prince, Michael Bennett, and Alan Menken have led to countless accolades for his collaborators, but due to the near invisible position of the musical director in the Broadway industry, Gemignani's story is often overlooked. Gemignani seeks to not only bring the reader into the orchestra pit to learn Gemignani's story but also educate the reader as to the crucial role a music director plays in bringing some of the most iconic musicals in Broadway history to life.

Born into a second-generation Italian American family during the aftershocks of the Great Depression, Gemignani worked his way up from playing percussion in USO bands to conducting before Leonard Bernstein, all before becoming a pivotal player in the team that brought some of the most successful musicals of the late twentieth century to the stage. Sweeney Todd, Evita, Merrily We Roll Along, Sunday in the Park with George, and Into the Woods would be quite different without his key contributions, and many of the sonic markers we now associate with the postmodern musical theater can be traced to Gemignani's careful curiosity to expand the bounds of what was possible.

Margaret Hall is one of the foremost emerging theatre historians of her generation. She received her Bachelor of Fine Arts in Drama from New York University, Tisch School of the Arts, and is currently in the process of obtaining her Master's in Musical Theatre History from New York University, Gallatin School of Individualized Study, the first degree of its kind to be granted worldwide. She works as a teacher of musical theatre history and has students across the globe. She may be reached at www.margaret-hall.com/.