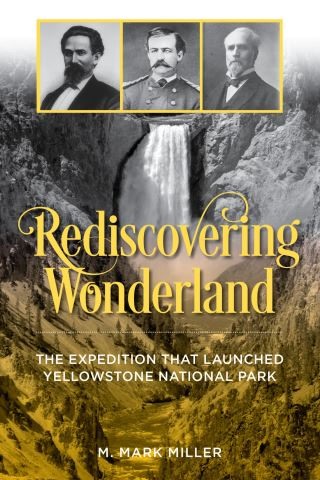 In the nineteenth century people could gain fame and fortune by “discovering” and documenting things that were already known to exist like the source of the Nile and the North Pole. For decades trappers and prospectors had told about the wonders of the area that became Yellowstone Park, but no credible person had written about the falls, canyons, and geysers there. An ambitious politician, Nathaniel P. Langford, decided to make his name by promoting an expedition and publicizing its activities in 1870. An army lieutenant named Gustavus Doane maneuvered to lead the expedition’s army escort for the same reason. Their written accounts of the big “discovery” of Wonderland were the basis for the park’s founding in 1872. Rediscovering Wonderland brings together the words of these men, along with images of the expedition, to provide historical context for the exploration and founding of America’s first national park.

M. Mark Miller is a fifth-generation Montanan who grew up on a cattle ranch in southwest Montana about 90 miles from Yellowstone Park. His interest in Yellowstone history began when he was a small boy listening to his grandmother’s trips there in 1909 and her father and grandfather’s trip there in 1882.