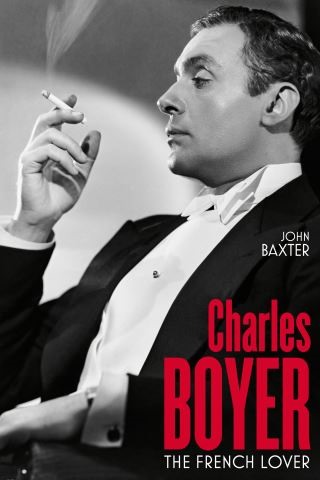 Charles Boyer: The French Lover is the first biography of Boyer to exist in English in almost forty years. Author John Baxter artfully presents the often-tragic life of this often overlooked, yet profoundly impactful French actor. Baxter relates how Boyer (1899–1978) established himself in the theater and cinema of France, confidently transitioning from silent film to sound and making a name for himself as a romantic leading man in Hollywood through the early 1940s. During World War II, Boyer put his career on hold to become politically active on behalf of his occupied home country. Upon returning to the stage and screen, Boyer adapted effortlessly to postwar character roles in both Europe and the United States. He entered television in the 1950s as both producer and performer, and then remade himself as a comedy performer in the 1960s. Nominated four times for Academy Awards, he was honored by the Academy only once—a special honorary award received for his activities on behalf of France during World War II.

In an insightful analysis of Boyer's choice of roles during and after World War II, Baxter shows that the actor possessed a shrewd perception of his image. Baxter reveals how Boyer, realizing his accent would always mark him as an outsider, both embraced and subverted that identity. Far from clinging to the performances that made him famous, Boyer showed a readiness to break the mold. Yet above all, Baxter argues, Boyer's greatest achievement was becoming the embodiment of exiles everywhere.

John Baxter: John Baxter is an Australian-born writer, journalist, and filmmaker. Since 2007 he has served as codirector of the annual Paris Writers’ Workshop. He is a prolific author and biographer of film personalities, including Robert DeNiro, Stanley Kubrick, Steven Spielberg, George Lucas, and Josef von Sternberg.