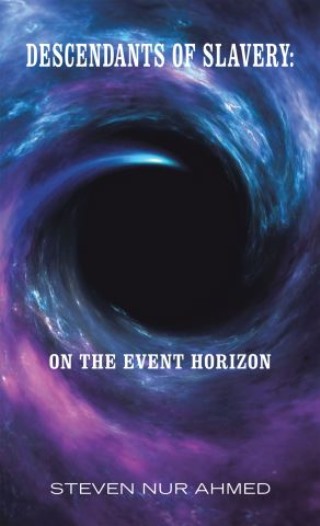 Descendants of Slavery: on the Event Horizon

Descendants of Slavery: on the Event Horizon is book about problems and problem solving in the African American community. It is a red flag on the field because the United States is on track for a convergence of unparalleled national and global crises some of which are unsolvable. What does that mean for descendants of slavery? Not since the beginning of the civil war have descendants of slavery been in such tenuous circumstances. Unimaginable fifty years ago, our individual life chances are fast approaching zero.

Steven Nur Ahmed: Dr. Steven Nur Ahmed was born and raised in Oakland, California into poor working-class family. He attended Merritt Junior College in the 1960s. During that time, he facilitated a Black Panther Party breakfast for school children program in East Oakland. At the height of the crack cocaine epidemic, he was a clinical director for two community-based alcohol and drug rehabilitation centers in both East Palo Alto in San Mateo County and in Oakland California. He also provided clinical social work services under the supervision of Isaac Slaughter, MD to dually diagnosed patients for the West Oakland Health Center in Oakland. Parallel to his community work and social activism, he earned a master’s degree in Social Science, a Master’s in Theology and Philosophy from the Dominican School of Theology and Philosophy at the Graduate Theological Union in Berkeley. He also possesses a Doctorate in Juris Prudence approved by the California Bar Association. He has taught at California State University East Bay, Peralta Community Colleges, and Chabot-Las Positas Community College District for a combined thirty-four years.