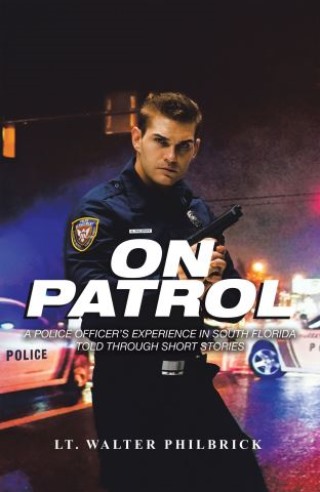 In this book, Lt. Philbrick has detailed true stories that happened during his police career. The stories are educational and entertaining. You will learn what a police officer thinks and reacts under extreme life threatening events. The Author talks about life on duty and off duty and how being a police officer affects your life at home. Across America, every day, a police officer kisses his wife and kids goodbye, knowing that he or she might not come home that night. It’s one of the only jobs in America where there is a good chance you could be killed that day on duty and never see your family again.

Lt. Walter Philbrick: Lt. Walter Philbrick spent more than thirty years in law enforcement working the streets of the South Florida and the City of Hialeah. During his police career he worked in the patrol division, the crime suppression team, police training, S.W.A.T. Team, and several years as a Detective Sergeant in Homicide. During his time in the detective bureau he supervised over one-hundred homicides, hundreds of rapes, shootings and other violent crimes. After transferring out of the detective bureau, Lt. Philbrick joined the police department S.W.A.T. Team. As a Team Leader for 13 years he trained the SWAT Team and participated in several notable missions. Several of the short stories in the book originated from his years in homicide and the SWAT Team. This book, On Patrol, is a “Must Read” for anyone that wants to be a police officer.