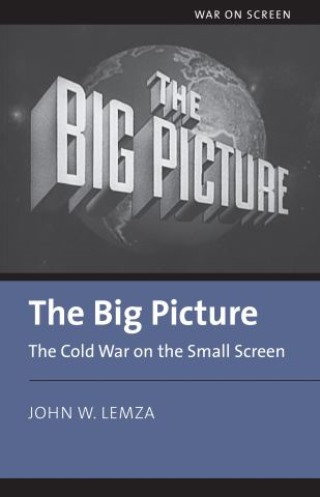 The Cold War on the Small Screen

Capitalizing on thousands of feet of accumulated footage captured by combat camera crews during the early years of the Korean War, a small group of US Army officers conceptualized a film series that would widen viewers’ understanding of the service and its mission. Their efforts produced the documentary television series that in late 1951 would become The Big Picture.

Although it would take years to fully utilize the emerging technologies and develop the concept into a popularly recognized television series, The Big Picture did evolve into a vehicle whose intention was to help the army tell its story, sell its relevance in the emerging Cold War, and inform and educate its audience about American ideals. Its messages captured the early post-1945 zeitgeist and reflected a national mood that was anti-Communist, steeped in foundational principles of American exceptionalism, and trusting of elite leadership.

John W. Lemza’s The Big Picture argues that the show, like others produced for television during that time by the armed forces, served as a vehicle for directed propaganda, scripted to send important Cold War messages to both those in uniform and the American public. In this first systematic study of its production and reception history as well as its themes and cultural impact, Lemza shows how the producers incorporated specific Cold War themes, such as anti-Communism, into episodes and deployed television’s small screen as the intersection of propaganda and policy during the Cold War period.

John Lemza’s study reveals that the longer The Big Picture maintained those themes the more they began to lose their resonance, especially when the cultural and social environments of the United States began changing in the mid-1960s. The series producers chose to continue on a course that was set during the early Cold War years, and the credibility of the show began to suffer. Throughout the course of its two-decade production run, however, The Big Picture cast a big shadow as the premier military program influencing viewing audiences through primetime television and syndication.