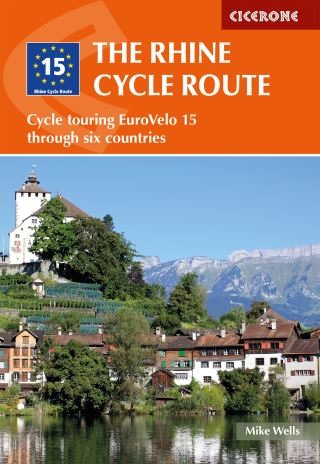 This comprehensive guidebook to EuroVelo route 15 offers a detailed stage-by-stage description of the 1368km route along the Rhine, one of Europe's great rivers, passing through six countries on its way from Switzerland to the North Sea. The cycling is easy, downhill and along dedicated cycle lanes, the countries visited are very cycle-friendly and the waymarking is excellent. The whole trip can be completed in two weeks by a fit cyclist. The guide includes plenty of information to help you plan your trip, with advice on travel, accommodation and facilities. The full route is presented in 27 stages of 32-68km, with step-by-step route description, 1:100,000 mapping and notes on local points of interest. A facilities table, glossary and list of useful contacts can be found in the appendices. Starting in the Swiss Alps with high mountains, deep glacial valleys and gorges, the route soon reaches Europe's third largest lake, the Bodensee, and its greatest mainland waterfall. After Basel, the Rhine becomes a broad river, now the world's busiest river trading artery. The middle Rhine, between Bingen and Koblenz, forces its way through the narrow rocky Rhine gorge, lined by romantic castles perched above Germany's finest vineyards. Finally, the river passes through low-lying Holland, famed for its many flood dykes and windmills.

Mike Wells: Mike Wells is an author of both walking and cycling guides. He has been walking long-distance footpaths for 25 years, after a holiday in New Zealand gave him the long-distance walking bug. Within a few years, he had walked the major British trails, enjoying their range of terrain from straightforward downland tracks through to upland paths and challenging mountain routes. He then ventured into France, walking sections of the Grande Randonnee network (including the GR5 through the Alps from Lake Geneva to the Mediterranean), and Italy to explore the Dolomites Alta Via routes. Further afield, he has walked in Poland, Slovakia, Slovenia, Norway and Patagonia. Mike has also been a keen cyclist for over 20 years. After completing various UK Sustrans routes, such as Lon Las Cymru in Wales and the C2C route across northern England, he then moved on to cycling long-distance routes in continental Europe and beyond. These include cycling both the Camino and Ruta de la Plata to Santiago de la Compostela, a traverse of Cuba from end to end, a circumnavigation of Iceland and a trip across Lapland to the North Cape. He has written a series of cycling guides for Cicerone following the great rivers of Europe.