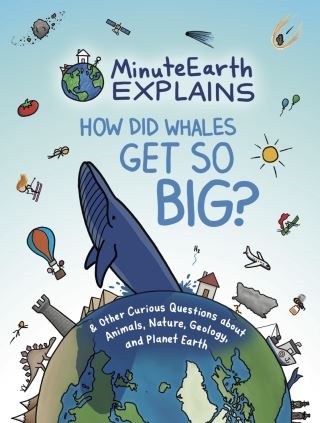 How Did Whales Get So Big? And Other Curious Questions about Animals, Nature, Geology, and Planet Earth (Science Book for Kids)

MinuteEarth is a team of scientists, writers, and illustrators working to foster a love of science and stewardship of our planet. Their audience includes people of all ages, backgrounds, and from every country on earth. Their videos have been translated into several languages, including Spanish, Portuguese, Arabic, and Italian. They have also launched a TV show in Japan, MinuteBody, exploring curious things about the human body.