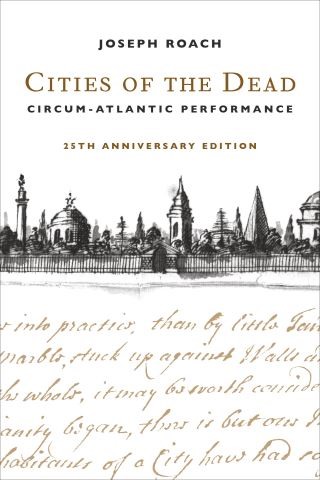 Cities of the Dead

In the early eighteenth century, a delegation of Iroquois visited Britain, exciting the imagination of the London crowds with images of the “feathered people” and warlike “Mohocks.” Today, performing in a popular Afrodiasporic tradition, “Mardi Gras Indians” or “Black Masking Indians” take to the streets of New Orleans at carnival time and for weeks thereafter, parading in handmade “suits” resplendent with beadwork and feathers. What do these seemingly disparate strands of culture share over three centuries and several thousand miles of ocean?

Interweaving theatrical, musical, and ritual performance along the Atlantic rim from the eighteenth century to the present, Cities of the Dead explores a rich continuum of cultural exchange that imaginatively reinvents, recreates, and restores history. Joseph Roach reveals how performance can revise the unwritten past, comparing patterns of remembrance and forgetting in how communities forge their identities and imagine their futures. He examines the syncretic performance traditions of Europe, Africa, and the Americas in the urban sites of London and New Orleans, through social events ranging from burials to sacrifices, auctions to parades, encompassing traditions as diverse as Haitian Voudon and British funerals. Considering processes of substitution, or surrogation, as enacted in performance, Roach demonstrates the ways in which people and cultures fill the voids left by death and departure.

The twenty-fifth anniversary edition of this classic work features a new preface reflecting on the relevance of its arguments to the politics of performance and performance in contemporary politics.

Joseph Roach: Joseph Roach is Sterling Professor Emeritus of Theater and professor emeritus of English at Yale University. His books include It (2007) and The Player’s Passion: Studies in the Science of Acting (1985).