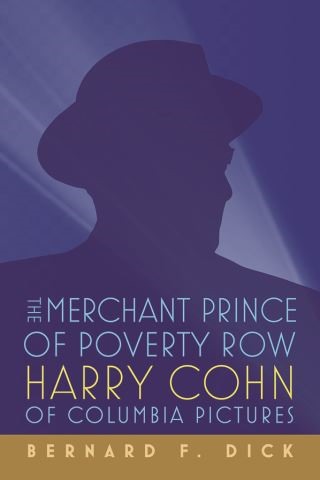 The Merchant Prince of Poverty Row

Ben Hecht called him "White Fang," and director Charles Vidor took him to court for verbal abuse. The image of Harry Cohn as vulgarian is such a part of Hollywood lore that it is hard to believe there were other Harry Cohns: the only studio president who was also head of production; the ex-song plugger who scrutinized scripts and grilled writers at story conferences; a man who could see actresses as either "broads" or goddesses. Drawing on personal interviews as well as previously unstudied source material (conference notes, memos, and especially the teletypes between Harry and his brother, Jack), Bernard Dick offers a radically different portrait of the man who ran Columbia Pictures—and who "had to be boss"—from 1932 to 1958.

Bernard F. Dick: Bernard F. Dick is professor emeritus of communications and English at Fairleigh Dickinson University (Teaneck campus). He holds a doctorate in classics from Fordham University and is the author of numerous film books including Anatomy of Film, Hal Wallis, and That Was Entertainment.