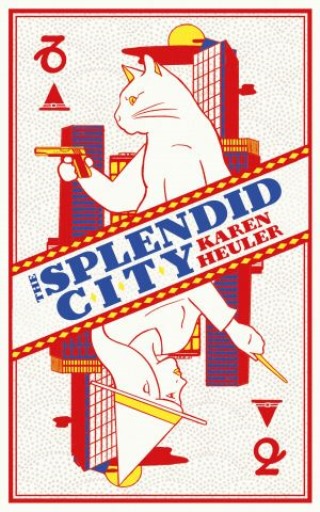 A genre-blending story of modern witchcraft, a police state and WTF characters, for fans of Alice Hoffman and Madeline Miller.
--

In the state of Liberty, water is rationed at alarming prices, free speech is hardly without a cost, and Texas has just declared itself its own country. In this society, paranoia is well-suited because eyes and ears are all around, and they are judging. Always judging. This terrifying (and yet somehow vaguely familiar) terrain is explored via Eleanor – a young woman eagerly learning about the gifts of her magic through the support of her coven.


But being a white witch is not as easy as they portray it in the books, and she’s already been placed under ‘house arrest’ with a letch named Stan, a co-worker who wronged her in the past and now exists in the form of a cat. A talking cat who loves craft beers, picket lines, and duping and ‘shooting’ people.


Eleanor has no time for Stan and his shenanigans, because she finds herself helping another coven locate a missing witch which she thinks is mysteriously linked to the shortage of water in Liberty.


File Under: Fantasy  [ Liberty for All | Water is Beautiful | Eyes Everywhere | Stanning for Stan ]

Karen Heuler: KAREN HEULER is a literary sci-fi/fantasy author. Her stories have appeared in over a hundred literary and speculative magazines and anthologies such as Conjunctions to Tin House and Weird Tales. She has received an O. Henry award, been a finalist for the Iowa short fiction award, the Bellwether award, the Shirley Jackson award for short fiction, among others. She has published four novels, four story collections and a novella. She also teaches fiction writing at NYU’s School of Professional Studies.